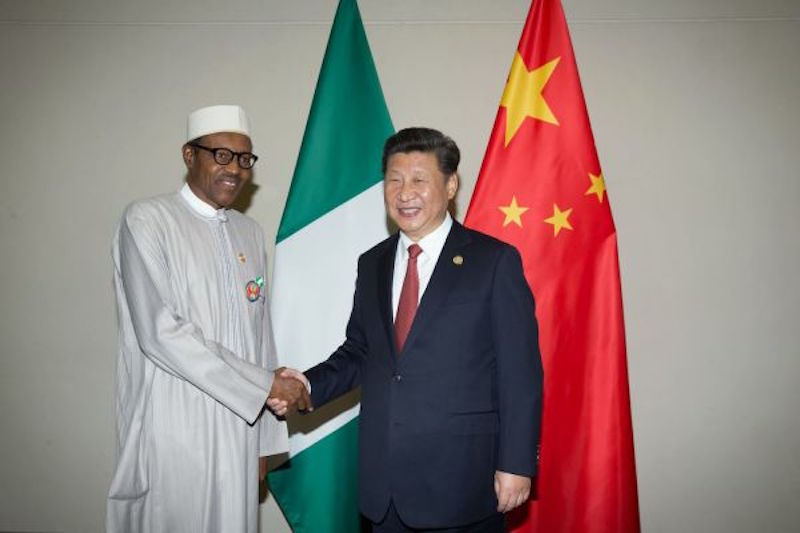 Since sworn in on May 29, 2015 as the President of the Federal Republic of Nigeria, President Muhammadu Buhari had embarked on numerous foreign trips each with clear mission and purpose. From seeking international collaboration on fighting corruption and working assiduously on ensuring that stolen funds by corrupt public officials are returned to Nigeria, the president has not shown any fatigue in his overseas trips since his administration kicked off barely a year ago. From Niger, to Chad, Germany, South Africa, United States of America, Benin Republic, Ghana, France, India, Iran and the lists seems almost endless. Even right now as this piece is being put together, the President is in faraway China to meet with President Xi JiPing and have some bilateral talks on how the two countries can further strengthen their bilateral relationships.

The latest visit of the President to China is strategic, and there is no better time to embark on such trip than now. The two nation’s bilateral relationships have spanned over four decades and there is need to explore more areas where this relationship can further benefit both countries. For instance, China is the top lender to Nigeria, where political instability and violence have made Western interests diminished. Chinese investments across Africa reached $220bn in 2014, and are estimated to be about $300bn in 2015. Chinese investments in Nigeria alone are pegged at over a $100bn dollars and this is expected to grow in the coming years. Apart from this, China is one of the World’s fastest growing economies and the country is also a global hub for manufacturing. The nation plays a vital role in international trade and it is one of the largest exporter of goods in the world. As far as Nigeria is concerned today, there are over 60,000 documented Chinese doing one form of business or the other in the country. Countless investments and businesses owned and operated by Chinese citizens are spread across the nation. The above short description is simply to bring to our notice how deep and robust Nigeria/China relationships have become stronger over the years.

President Buhari’s visit to China is the first of its kind to be embarked upon by an African Head of State after the 2015 China/Africa summit. In the course of this visit, the two leaders shall discuss the development of Nigeria’s infrastructure especially in the, power, roads, railways, aviation, water supply and housing sectors. These sectors are crucial and require utmost attention by the Buhari’s administration to foster economic growth and development. Over the years, Nigeria’s infrastructure development has been nothing to write home about. From epileptic power supply, to bad road transport network, impeding easy movement of agricultural produce/goods and services from the rural areas to the urban centers. Other areas Nigeria is lacking in infrastructure development is in lack of an efficient and modern railway networks, degrading aviation sector and an unproductive housing sector. With proper Nigeria/China new bi-lateral talks, all these challenges could easily be a thing of the past.

There has also been an increasing call that Nigeria needs to diversify its economy from being an oil-dependent economy into other areas where revenues can be generated. The untold hardship that the dwindling oil revenues had inflicted on Nigeria’s staggering economy is an eye opener that the nation can no longer rely entirely on oil as the major source of revenue generation. Lately, economic experts have called on President Muhammadu Buhari to revamp the agricultural sector and make it more attractive as it were in the glory days of Nigeria’s rich history before crude oil was discovered. Agricultural is known to be a vital industry in China, and over 300,000 million farmers are employed directly by it.

Apart from this, China ranks first in worldwide farm output, primarily producing wheat, sorghum, millet, rice, peanuts, potatoes, tomatoes, cotton, barley, soyabeans and oilseed. With proper support, through technology and other agricultural innovations, China agricultural success can also be replicated in Nigeria, employing millions of jobless Nigerians and making Nigeria an agricultural giant once again. In 2011 for example, China alone imported 1.1million metric ton of cassava chips from Nigeria. With proper technology in the agricultural sector of Nigeria, other nations of the World apart from China can also benefit immensely from Nigeria’s agricultural produce.

It is no longer news that Nigeria’s 2016 budget is in a shortfall of over N2tn naira. President Muhammadu Buhari has signed a loan deal with China worth $6bn to fund infrastructure projects in the course of this visit. This was made known on Tuesday by Nigerian Foreign Minister to Reuters. Although, there had been an early hint on the loan deal by Special Adviser to the President on Media Mr. Femi Adesina but declines to states the amount of the loan until the day it would be officially signed. The announcement came as both countries signed a currency swap deal to boost trade. Nigeria had been in talks with China on an infrastructure loan for months.

We should clearly recall that China’s President Xi Jiping pledged to invest $60bn dollars in Africa during last year’s China-Africa summit in South Africa. Part of this money is expected to come in grants and interest-free loans and the rest in loans and exports credit. Nigeria may be seeking to take advantage of this soft loan at an almost interest free rate from China, rather than turn to the West for such help at an almost ridiculous interest rates. Experts have raised their optimisms that by the time the 2016 budget is passed, it would be the best budget Nigeria had ever known in a very long time.

Finally, the untold hardship that Nigerians are facing will soon become a thing of the past. Many negative reactions have trailed the President’s visit to China amidst so many economic crisis befalling the nation right now. From a crippling economy, to fuel scarcity and even the stress to purchase the said fuel at an almost ridiculous price of over N200 naira per litre, the increasing prices of commodities, to the lingering Shiites and the Nigerian Military problems, and the sudden closure of two Federal Universities (Unilag and Uniport) over unnecessary hardship being faced by students of these Federal institutions. It is no doubt that the country is going through a lot of difficult times right now, but the good news is that these problems aren’t insurmountable. All we can do is to continue to support this administration to take Nigeria to that glorious future. Thank you for reading and God bless the Federal Republic of Nigeria.


If you need to re-publish this ARTICLE, please cite this article - (https://cordly.ng/blog/what-nigeria-stands-to-benefit-as-president-buhari-visits-china-24234/) and the Writer (Abiola Benjamin Obayomi)

Copy This Short Link To The Article: https://cordly.ng/i/3kWKh

CHOICES: How Our Decisions Make Or Mar Us 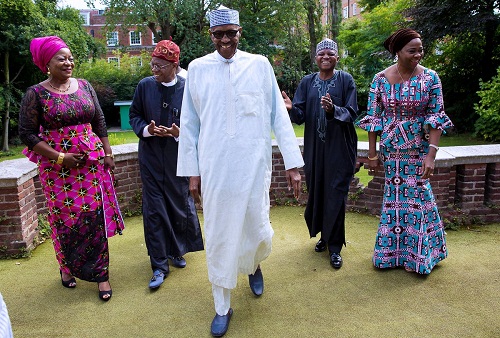